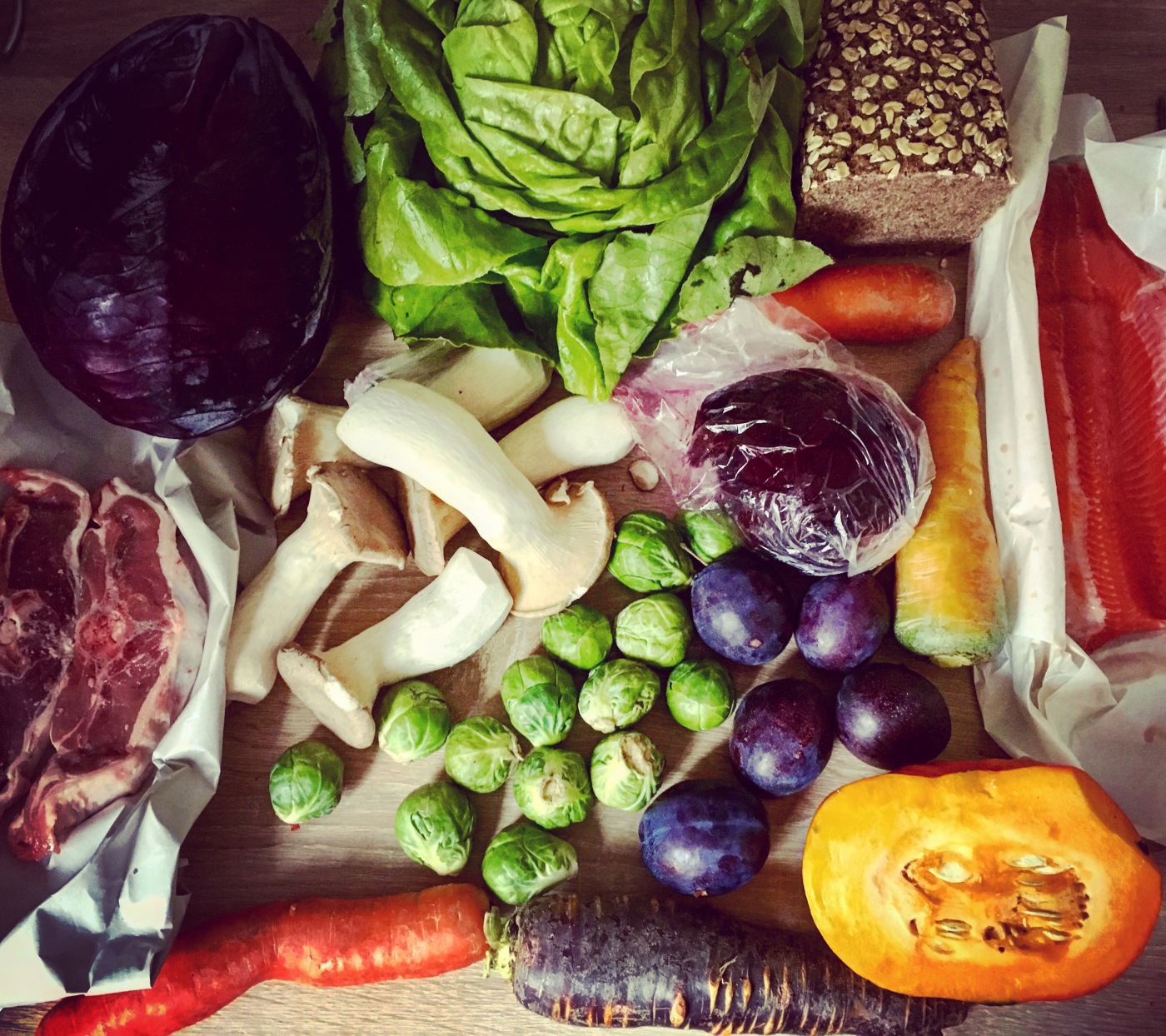 Yesterday night, we had a thank-you-dinner from my skydiving club for all the helpers of the skydiving nationals. In Austria, we love to celebrate things with “Bradl” – which means mainly roasted pork, dumplings, “Sauerkraut” and beer. I like these occasions to get a good piece of Bradl, since I never ever cook something like this at home. And from time to time, I really like it greasy, you know?

But of course, as very often in Austria too, no one questions the eating of meat. You rather have to ask for a vegetarian alternative. Austria is a country of meat eaters. Our traditional dishes mostly contain pork, veal and beef. In general, the meat consumption in Austria is incredibly high (as in almost every European country). Is this good? Is this bad?

Well, most of all it is ugly. Because most of the people are used to low meat prices and demand more and more of it due to their eating habits, meat is produced in a way, that first of all does not respect nature and animals. I won’t tell you all the stories of how animals are grown in the industry, that duck meat is produced with ducks who never saw water like a pond and whose beaks are cut off because otherwise they would hurt each other, or that you will get a cocktail of lovely drugs together with your t-bone steak; you know all these stories, right? And you are probably also aware that nowadays we usually throw away most of the meat of an animal, because we only eat the “good” parts, right?

Second and besides this,  don’t you get the fact that meat produced industrially can’t be healthy anymore? The use of hormones or heavy medication such as antibiotics may let the animals grow faster and bigger, but the meat itself is stuffed with “ingredients” that will influence your body and health as well as the meat -sorry to say it that way- tastes like shit anyway. The animals suffer and before they get killed they are often transported trough half of Europe, just because slaughter in Poland might be cheaper than in Germany. Are you sure you want that? Are you sure that you want to roast a piece of beef that shrinks by the half because of all the water that is in there? Are you sure that you want to bite into a piece of pork that taste exactly like another one or maybe even a piece of veal? Do you really think that this is how you want to fuel your sporty body? Are you sure you want to prepare a sandwich for your kids with cold cuts, where bones, skin and fat are the main ingredients, held together by strange spice mixes and emulsifiers?

I am far away from being vegetarian or vegan. I love dairy products, I love eggs, I love a piece of meat from time to time. But years ago I started to change my view. It began when I had a client at the advertisement agency, who was producing spice mixes and emulsifier combinations for the meat industry. You won’t believe how sausages and cold cuts are produced nowadays. If you believe that there is a lot of meat in it – oh, how cute you are. I saw and heard things you won’t believe. That was the point where I stopped buying such stuff except from the farmer or butcher shop of my trust and on very rare occasions. For me, it is simply disgusting and I can perfectly live without it. When I think ok, I wanna take some sandwiches with me, I rather choose a good piece of ham.

The next step was to overthink the frequency of meat dishes. Of course, cooking with meat is easy: just take a piece of chicken, add some veggies and you might have a rather healthy meal. But does it really need a killed animal ALL the times to get your proteins? Is it really so much more work to cook some lentils instead? Do you really need ham and sausages every day? If you’re honest – no. Once you have started to change the way of thinking about it, you will recognize that it’s even easier to cook and eat that way, because lentils won’t rot as meat does ;-) By the way, your daily menu will vary a lot more, because you usually can combine plant-based products incredibly creative. The main argument that for example sportspeople simply need a high load of proteins is absolutely invalid – there are enough proofs, that professional sports persons with heavy physical work even can live a vegan lifestyle.
I also realized that I felt a lot better during my holidays, because beside of the obvious facts like sun, beach and days off, I ate a lot less meat. Uhm, strange right? Shit in, shit out as it seems…

So how do I deal with that meal topic?

So why all this effort? Is it only because of the poor animals? No. Of course I don’t want animals being tortured. But it is also a bit egoistic. I simply don’t want to have all this unhealthy, industrial shit in my body. Come on, I invest a lot of effort in feeling good, I exercise a lot, I want to live healthy and on the other side I fill in antibiotics and hormones via meat that came from the end of the world because it’s so super cheap?

I was born and raised in a household, where an intelligent usage of food was priority 1. Seasonal and regional products, creative cooking, wasting as little as possible. I am very grateful for that and try to live this philosophy as well. Just use your brains. For me it is absolutely scary that people buy a coffee at Stabuck’s for 5 Euros, but complain about the same price for a piece of chicken or some eggs. Are you kidding me? And since I don’t want to live completely without meat, at least I can try to contribute my part to animals getting treated and killed respectfully, that as little of the products as possible gets wasted and encourage other people to do the same.

Remember my recipe for the chili sin carne at the dropzone? I really felt happy when so many skydivers tried the meatless chickpea version and wanted more of it. It shows, that a lot of people simply don’t know how to cook without meat, that it also tastes delicious, but they still are pretty curious and really get into it with a little help. So what do you cook for the weekend?