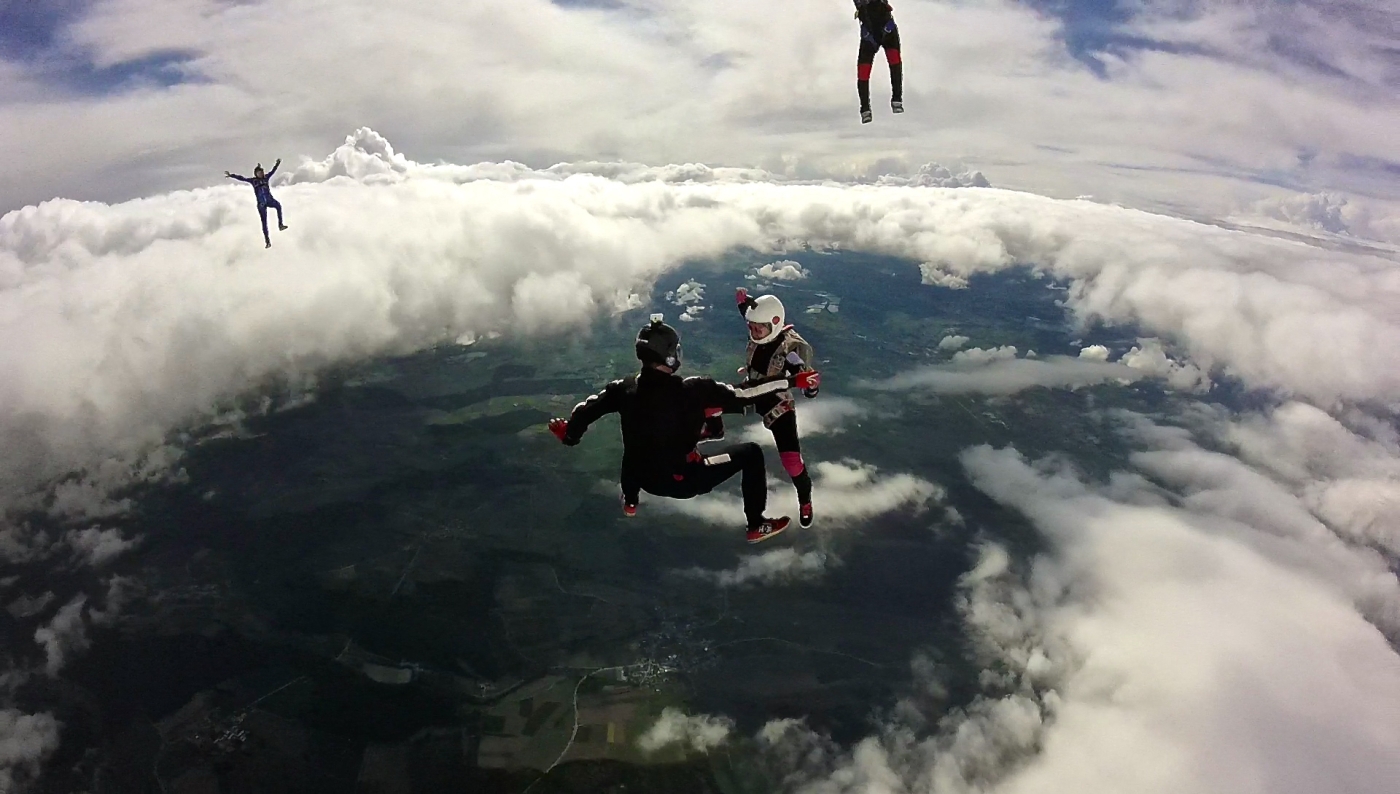 Everything looked bad. I had to work long, the weather forecast looked like shit and my knee was still hurting. Nevertheless I gave a shit and just drove the 5 hs to the little town of Bad Saulgau in southern Germany to attend Freefly Fest. I just had to get out and needed some quality time.

This event is on my list for three years now. Everyone tells you that it’s awesome and the dropzone the place to be. Bad Saulgau itself is a little town and reminded me of Markdorf where I often had to be when I was working for Trotec. I didn’t see much to be honest – my priorities were clear. When I arrived it was already 11 pm and after the rainy car ride I decided to just go to bed. The next morning started rainy and cloudy and I enjoyed a long breakfast and a good read. When I arrived at the dz I instantly met a lot of nice people and even though we had to wait for the first load until noon, we had a great time fooling around and chilling at the hangar.

In the evening I had 5 jumps more logged, nice head up jumps in between fluffy clouds and rainbows. We had super tasty curry and a bonfire and they even managed to edit a day video. I enjoyed the long talks with new people, people I knew but never had the chance to or people I rarely see. Exactly what I needed. Not even the heavy rain could end the cosy atmosphere. And ahm yes, maybe I had a few drinks too much. But who cares? Those nights are the ones to remember… They are totally worth the headache in the morning ;-)

And about all the other stuff that happened that night I won’t loose a word, because you know, what happens on FFF… ;-) I will be back definitely next year and my next stop this year is the trip to Vector festival starting on 20th (my birthday whoop whoop). I have a heavy week in between, but as long as you know what you are working for everything is good :-)