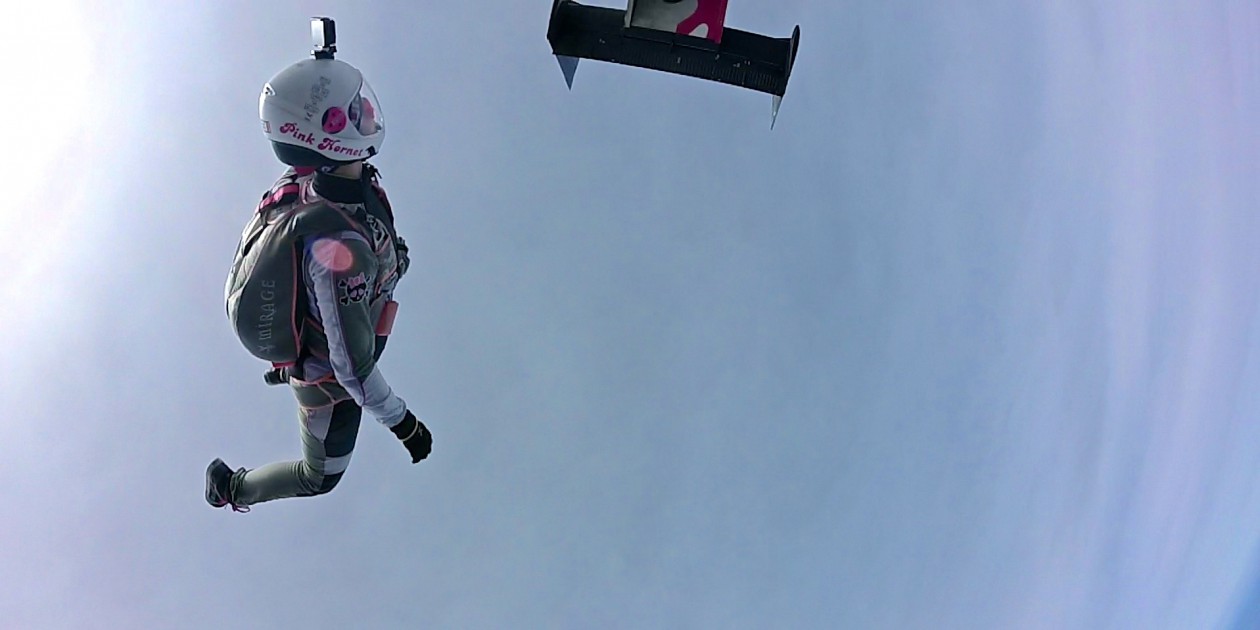 Have you ever had the feeling, that a certain place has a special energy and power? That you can charge your batteries, gain back your confidence and you feel simply happy there?

I have been to several places where I had that feeling. Sometimes for longer times, sometimes just for a few hours. But the one place I always return to is a little airfield in the middle of CZ, 3.5 hs from here and it’s called Klatovy.

I mentioned the place before, as a great venue for skydiving and party. But it is a lot more than that to me. When I first was there in the legendary summer of 2013, I felt like coming home somehow. I immediately fell in love with the location, the relaxed atmosphere and the people. Clearly also with the fact that there is a bunch of crazy people and awesome aircrafts, but the fact that I arrived alone and met so many people I knew and who took care of me instantly was something I hardly had before. We had another camp in October, freezing, but still having awesome times (and getting drunk with a lot of Whisky as far as I remember).

The real Klatovy effect became visible a year later. I had a bad time due to a fucked up relationship and when I came for the summer boogie, it was more or less the first time I could really sleep again. It was fucking shit weather (I mean, it really really was) and I was sleeping in a tent. But it didn’t matter – I was too exhausted from my life and problems and needed that sleep so much. We only could do a few jumps because of the conditions, but it was good as it was. It was like finally being able to take a deep breath and getting rid of all that shit around me. Of course the problems didn’t simply disappear, but I felt so much stronger to deal with it.

Last year it was a happy week with Mr. H, in the incredible heat of August, enjoying the quality time. Good food, bonfires, holding hands and kissing, jumping, drinking the one or another beer and just don’t thinking about what could happen later.

This year my Klatovy visits started last weekend. It was the easter weekend and the 30ys of Pink Skyvan celebration boogie. A friend and I drove up and arrived on Friday evening. I love the drive up there so much! You can either go via Germany or Budweis, and both routes don’t use highways, but smaller countryside roads through woods, villages and hills. I love the landscape, no matter if it’s raining like last Friday or you can watch a great sunset.

Jumping from Skyvans up there is great, absolutely. It might be the main reason to come. But there is so much more. The Pink team decorated the hangar and the evening started with hearty hugs and kisses and meeting up old people after the winter months. But as usual in Klatovy or at a Pink boogie- it only takes you some minutes and you are for example stuck in a funny debate about crazy stuff with completely new people. Kids were running all around us, dogs playing and chilling, and ahm, yes, we had maybe a little too much beer and Becherovka :-D It didn’t matter, because we knew that the weather would be bad on the next morning. These are the evenings that are definitely worth the headache, right?

I had a lot of stress during the last weeks and a lot of thoughts running through my mind. On the second day I found out something that I somehow knew it was going on before but still thought it would be different (simply because I was stupid enough to believe in honesty). It was really hard to say, ok forget it, it’s not worth it, enjoy your days here and the good Klatovy feeling. I took my time to feel the anger and disappointment and after half a day and my friend kicking my ass a few times, I finally was able to really, really close this chapter. It felt so go good and I realized how much it in fact influenced me during the last time. Suddenly I felt light and fearless again. Settled. And nothing running in my mind. This feeling was too good.

And as so often – if you let go wrong things, real good things have space to happen. And yes, they happened. Really awesome jumps, great fun with old and new people and some other things, that I would never had expected even the evening before. I had a smile on my face and still have it on. My friend told me he was relieved that I finally laughed and was really relaxed again. And yes – it seems that I found my inner peace again. I can enjoy small things and don’t feel like searching for something anymore. So, Klatovy, you wonderful and happy place – thanks for everything you gave me and will give me over all the years!

One thought on “Power Places”