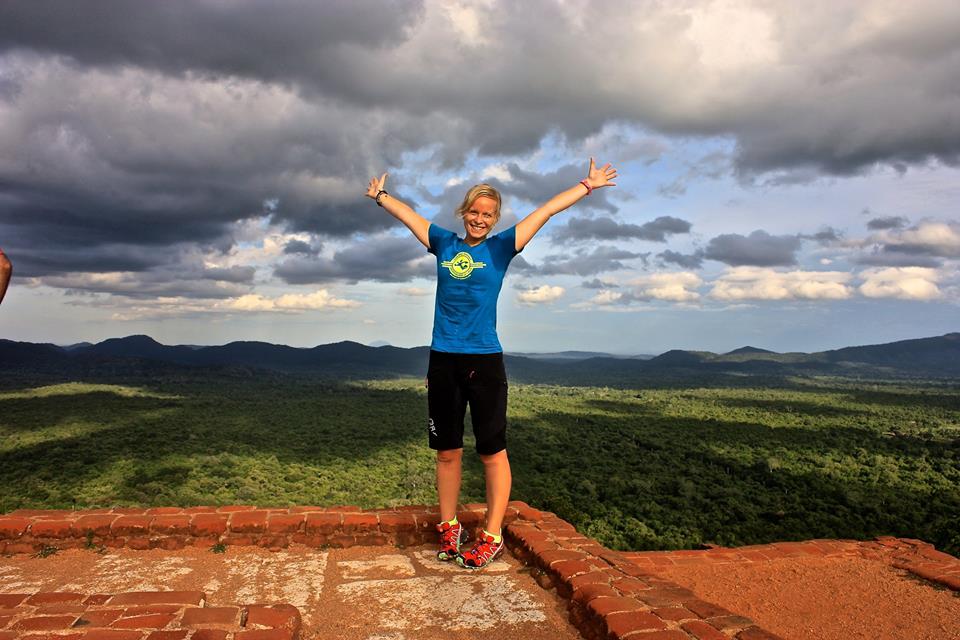 I realized that I still owe you my experience in travelling solo as as a woman in Sri Lanka. Sorry! Better late than never ;-)

When I decided to travel the world or some parts of it alone, it wasn’t more the topic of being a woman than the topic of going solo that was the barrier. I grew up in the belief that I can do absolutely the same things as boys do, so why worry about travelling? The travels I did alone before have been to cities and countries that might be considered as safe for women, that is something I have to admit. No far away destinations, no exotic cultures. There are definitely places I would rather go at least with a female companion, like South Africa, road tripping in Cuba or Russia. Sometimes just because it is easier from a logistic point of view. And also Sri Lanka was a country I thought about going with a friend, but since there was no one – I finally got my ass up and went solo. It was actually also my first real backpacking travel and my first trip to Asia. Seems I like to have challenges…

I wasn’t afraid at all until I made the stupid mistake to google a bit a few days before I left. Besides the facts I already knew and which didn’t make me worry too much, I read some horror stories. And got nervous. Which was absolutely unnecssesary and I can only recommend you not to make the same mistake ;-)

Men
In general the men are attracted by blond women  – simply because it is different to what they see every day. They are surprised to see women travelling along, also because Sri Lanka is a couple country. And it depends where you are how aggressively they seek contact. I made the experience that the buddhist areas are way more relaxed as the muslim corners. I think this is not only a religious thing, but also the fact that many of the muslim places are touristic areas and yes, there is something like sex tourism – but in this case very white very frustrated women chasing young guys there. These women also draw a picture of female Middle Europeans being a bit stupid, a source of good money and easy to attract. Which might be right for a few, but definitely not me ;-)
After two days I was used not to look them into the eyes when they greeted and wanted to know my name. I always stayed polite and friendly, but a no was a no and I also used a tone that was strict and firm. When they wanted to know where my husband is, I always had some nice, realistic stories ready. And when you are open and at the same time distanced, you meet a lot of nice people and get to know a lot about a wonderful country and it’s people.
I only had two strange incidents, where I didn’t get rid of a follower. On at the very beginning of the travel in Colombo, where I rushed into a shopping mall to disappear from him and one at the end in Kalutara where a guy followed me through the whole city until a I went into a grocery where the security guy politely told him to leave me alone.

On the road/clothes
First of all: book airport transport in advance. The busy atmosphere at the airport combined with the jetlag and the heat will kill you, especially when you arrive late in the night. Those few Euros are well invested. And when you leave, do the same. It makes it less stressfull and easier for you.
When you go solo in Sri Lanka as a woman, you should follow the same rules as in most of the countries when it comes to clothing. We as Europeans wear clothes that are not appropriate in most parts of the world. Never forget that. Whenever I was on the road in a bus or train, whenever I was visiting places or cities, actually whenever I was not at a touristic beach, I wore pants at least knee-long, wider shirts that had sleeves and closed shoes. As well as I always carried a broad scarf with me. So I never ever had one of the described problems in a bus. Additionally, all the Sri Lankan women and girls where happy to take a seat next to me and a lot of nice conversations happened. I only wore shorts, tops and bikinis on beaches and in places like Negombo. Be ready that there will be girls as well as boys who want to take selfies with you. I didn’t have a problem with this, but yes sometimes it’s a little annoying when there is a girl’s class and you have to pose for 25 pics ;-)
Ah and don’t be scared of bargaining like a man. They don’t expect you to do so and so you can save a lot of money when you are a little stubborn.

Nights
When I was in Colombo I tried to avoid being in the city when it was dark. Which was a bit boring because the night started at half past 7 there. But it is not super funny to walk around alone in the narrow streets, maybe looking for your way home. I stayed in a homestay – which meant that I had to walk through normal living areas without lightning. When you’re in touristic places like Uppuveli or Mirissa it is less difficult, but yeah, in Colombo I was happy when I was at “home”. But I must confess, maybe this was also because of the little culture shock ;-)
Some people I talked with told me they travelled a lot during the night. I didn’t do this because being tired and travelling late is something I hate in Europe – why should I do this when I have to watch my stuff and the keep an eye on the travel plan?
And then there are those drug horror stories in places like Mirissa, Weligama and so on. But come on… Do you drink from a glass that has been unwatched? Do you take some pills from someone you don’t know? And no, I didn’t join the nice and handsome Israeli I had a nice chat with at the bar and who asked me to take a romantic walk in the night at the beach. Because I simply wouldn’t do this somewhere else too ;-)

So to conclude… As far as I experienced it, I had no problems as solo female traveller in Sri Lanka, because I followed some basic rules and was self-confident. If you expect an atmosphere like on the beach in Spain, you should probably go there. Sometimes it was adventurous. Sometimes yes it was tricky. Yes it’s different and it’s exhausting when every single guy on a street seeks contact. But it was worth it. Girls, go for it! (And yeah, you’ll find people taking nice pictures of you – or a beer bottle as little helper :D)