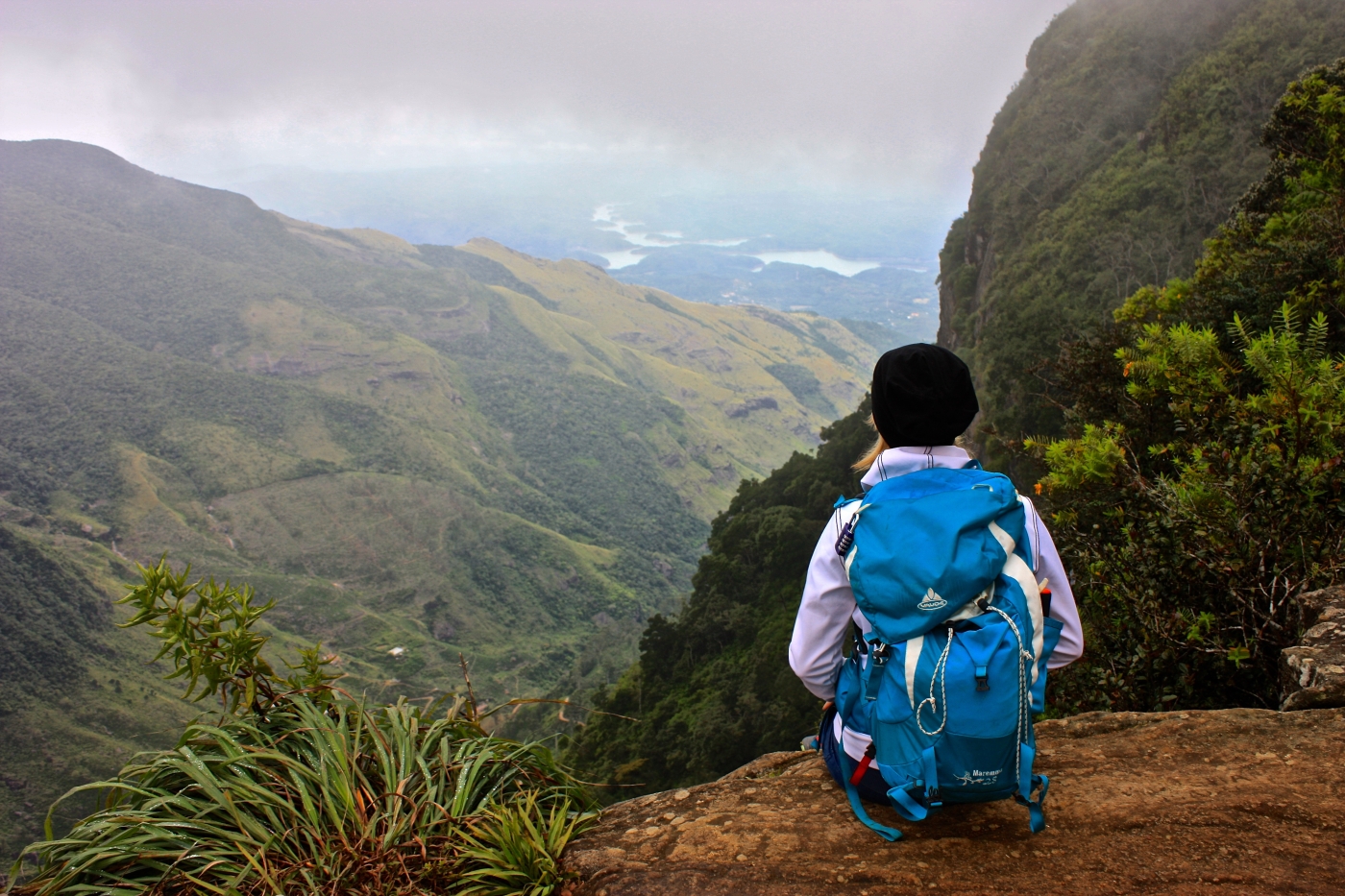 Finally I reached my first Avani Resort, the one in Bentota. And yes, after the travel days it was really nice to come into a luxury resort, super clean, very beautiful and get a warm welcome (or better a cool air conditioned one). I have to admit: I loved the days in the guest houses, not sure where to go next, with simple rooms and locals all around – but sleeping in a room with western standards and a shower where you don’t have to wear flip flops is also pretty nice to relax. I will write more about the Avani resorts later, but believe me, I had my second culture shock and must adapt to this lifestyle again ;-) Ahm yeah and I felt completely fucked up after two hours in the bus and when the general manager welcomed me in white clothes even more. On the other hand: I’m sure he has this often ;-) Now on to the stay in Nuwara Eliya.

You wouldn’t believe it, but it took only a few hours drive from Kandy to the mountains to cool down from 35 to 15 degrees. The problem was not only the temperatures (I was prepared for this with hoodies, GoreTex shoes and jacket and long pants), but also heavy rain, something rather unconventional in this area for this time of the year.

When I arrived, I was a bit disappointed, though the drive through the green tea plantations was a wonderful variation to dusty roads. I initially wanted to take the train via Ella, but unfortunately it was fully booked and so I changed my plans.

Stumbling out of the bus, tired and a little sick because of the curvy road, I was rather fed up when some kind of tourist catcher invited me to visit the super cool new guest house, so central, so new! He showed me the business card of the house and I recognized the name from my Lonely Planet. Tired as I was I decided to give it a try. The guest house was really very new and yes, it was really in the center. It was owned by the host of “The Travener” and the “Grand Rest” was up on a hill close to the Grand Central hotel, very clean and also cheap compared to most other guest houses in this tourist area.

The next good fortune was that the guys from the guest house knew a group of people who wanted to drive to Horton Plains to hike World’s End on the next day. So I could join them and everyone of us paid less. In the afternoon of my arrival day I booked a driver who showed me some nice waterfalls, the tea hills and brought me to a tea plantation, where I could catch a glimpse of how tea is produced (very touristic though). He also told me a lot of interesting facts about the region and the people there without being cheesy.

After so much tea I was super happy to find a coffee shop where they really served CAPPUCINO!!! When I read this in the window there was no way back and I had to enter it. And guess who was sitting there? Yeah, the Frenchies I met at my first bus ride. It was nice to catch up again and listen to all the crazy and nice experiences all of us had. We went to the Pub for a beer (since it didn’t stop raining) and in the evening we had dinner at Da Silva’s together. Ah it was so nice to finally talk to others while eating! In the guest house I also met two Austrians and some other nice people to chat with, but I went to bed soon, because the pick up for the hiking trip was at 5:30.

We drove about 1,5 hours to the National Park. There, we had to wait for an hour until they had fixed an electricity problem and we could buy the ticket. The hike is rather easy for people in light trekking shoes and a normal sporty constitution. But you wouldn’t believe it what some people wear there! All together (Little World’s End, World’s End, Baker Falls) you probably need 2,5 – 3 hours, depending how long you stay at the single points. The Spanish and French couple also where rather sporty so we had a good speed and enjoyed the walk.

The weather was foggy and rainy, even though it got a lot better inside the park compared to the entry. And even if you couldn’t see the famous endless view from World’s End, it was an amazing feeling, sitting there, looking down 870m and feeling so little….

The rest of the day I spent with writing post cards, getting them sent out, eating, sleeping and relaxing. I couldn’t leave earlier to Tangalle, because there’s only two buses in the morning. But because of this, I met a group a group of student volunteers in the guest house and we had a pretty nice evening, with 7 nationalities (the guest house host joined us with two of the drivers) around one table, drinking some arracks and beers before cuddling up in bed.

Next stop was Tangalle. What a crazy ride! More on this soon….